We take a closer look at the likes of Astralis, Grayhound, North and Tyloo, who are pitted against each other in Group A at DreamHack Masters Stockholm.

DreamHack Masters Stockholm is the premier event leading into the FACEIT Major Main Qualifiers and the Major itself. The event has varied degrees of expectations from teams, who may have different goals set for the event.

Group A pits the likes of Astralis, Grayhound, North and Tyloo together. Astralis and Grayhound are set to open the event in a matchup that could be termed a David and Goliath encounter. The other matchup sees Tyloo go up against North, a fixture that has never happened before at a LAN event.

Astralis are the reigning champions of the DreamHack Masters circuit coming into Stockholm, having won the event at Marseille earlier in the year.

The World Ranking goes out the window as the Major approaches. The harsh reality is that Astralis will have to go through the gruesome Main Qualifier Stage, which is not a cakewalk by any stretch of imagination. That the Danes go into DreamHack Masters Stockholm with just one defeat in their last 3 months of action is an added bonus.

But, the event will be a tricky one. Lukas ‘gla1ve’ Rossander will have to marshal his troops well and in a manner that there are no slip-ups at Stockholm. For form is the only thing that goes with you into the Major. A poor performance here at DreamHack Masters Stockholm could show the other teams in the Main Qualifier that Astralis are not near-invincible.

The first fixture should be a straight-forward affair. But, it will be the Winners’ Match in Group A that could turn out to be interesting. Ideally, it should be a Danish derby between Astralis and North. North may have changed a player. But, the addition of Nikolaj ‘niko’ Kristensen has already seen the core improve to an extent.

Astralis though, should be good for the Quarters. But, anything less than an appearance in the Finals of DreamHack Masters Stockholm will be chalked down as a disappointing event for the stack.

Astralis are the favourites. But, the tag can often become ‘too heavy’.

From Astralis, we come to a team that is completely on the opposite end of the spectrum. Grayhound have always been up there as one of the better talents from the Asia & Oceania region. But, of late, the stack has been able to reign supreme in the Oceania region, displacing ORDER as the best team in the region.

When it comes to international events though, Grayhound’s results have been far from satisfactory. Their results outside of Oceania have been woeful to such an extent that there are question marks over the stack’s ability to perform in alien conditions.

As far as their roster is concerned, the squad is relatively young and experienced at the same time. All of the players are between the age of 20-25. Arguably, they have another ceiling to unlock in their gameplay while also boasting of considerable experience at a decent level.

It would be a fairytale start if they manage to somehow shock Astralis. But, being realistic, they should face familiar opponents in the form of Tyloo in their Elimination Match. What the Oceanic giants should take heart from, is the fact that they have toppled Tyloo once in a best of 3 at the CSGO Asia Summit 2018.

Grayhound will not be competing at the Major. They can use this event and their time in Europe as a learning curve as well as a pointer as to how much work needs to be done in order to competitive in the international scene.

Keep an eye out for Grayhound, for most of the other teams will have one eye on the FACEIT Major. Grayhound on the other hand, will be focused on DreamHack Masters Stockholm. It will be interesting to see if they can surprise us at the event. Realistically speaking, the most they can do is make it to the Decider Match in Group A.

Note: Grayhound will be playing the event with FejtZ as a stand-in, with erkaSt not travelling with the stack. The Mongolian star was unable to secure the visa in time to travel for the event.

Another team that has the Main Qualifiers to look forward to, North has recently swapped a player with Heroic. The move allows Mathias ‘MSL’ Lauridsen to be flexible in his calling. niko will definitely add firepower, with MSL now switching over to the AWP role.

But, if need be, Vlademar ‘valde’ Vangsa and Philip ‘aizy’ Aistrup can also wield the big green gun to shoulder some weight. The stack already has one good result after the addition of niko. North managed to qualify for IEM Chicago 2018 by grabbing one of the two spots available at the Online European Closed Qualifiers.

What was interesting during the aforementioned Qualifiers was that North did not have one single man leading the scoring charts each match. Everyone shouldered the burden one time or another, which is what MSL would want. Markus ‘Kjaerbye’ Kjaerbye though, seems to be hitting peak form at the right time for North.

Unlike other teams, North would come into DreamHack Masters Stockholm in order to test out the field and get a feel of what to expect at the FACEIT Major Main Qualifier. They should still be one of the two teams to get to the Quarter-Finals. But, i just can’t see them progressing further than top 8 at Stockholm.

The Chinese giants have looked a different beast altogether after the addition of Kevin ‘xccurate’ Susanto. Tyloo were handed a reality check in Hong Kong, though. They lost in the Quarter-Finals of the ZOTAC Masters Cup Lan Finals. But, it was the opposition they lost out to that will be a worrying sign for Tyloo.

Kinguin are one of the teams that have managed to qualify for the FACEIT Major Main Qualifier Stage. Tyloo have had a great season thus far. But, losing to a team that is ranked lower than them by HLTV would not be called ideal preparation.

Hansel ‘BnTeT’ Ferdinand would be rallying his troops to perform better at DreamHack Masters Stockholm. Tyloo may have some strategies in their playbook. But, overall, their playstyle is heavily contact-based, which relies heavily on individuals hitting their shots.

The form of the individuals will matter a lot heading into the FACEIT Major Main Qualifier. If nothing else, Tyloo should be able to use DreamHack Masters Stockholm as a practice arena to warmup for the action ahead.

Tyloo’s prospects at Stockholm do not look too bright. They might be able to overcome North in the best of 1 match to start off proceedings. But, Tyloo should, in all fairness, succumb to Astralis. Barring a miracle, Tyloo should be one of the two teams to bow out in the Group Stage.

Even if they somehow manage to get to the Quarter-Finals, Tyloo are unlikely to go further. Still, BnTeT & co. can learn a lot from the event. 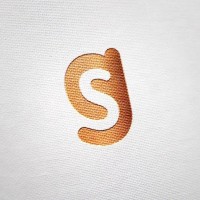 Some things to expect from The International 2019 : Shanghai.
Next